The following information is for Tortuga Audio preamps based on the V2 preamp controller with a 7-segment LED display. If you have a V25 preamp please consult the main page for a separate section on V25 controls.

Some V25 preamps also use 7-segment displays. There are 3 ways to tell if your preamp is using the V25 controller instead of a V2.

7-segment LED displays are able to show numbers only by turning on and off a combinations of 7 individual LED segments. They are inherently easy to read high-contrast displays and are relatively easy to control.

Tortuga Audio V2 (and some earlier V25) preamps use a pair of double digit 7-segment display modules as shown below. Each module can show a number from 0 to 99. In default volume control mode, the left module represents the left channel’s volume and the right module represents the right channel’s volume. If there are differences in the two numbers this indicates either a left or right adjustment in channel balance. Volume is controlled in discrete steps with each step up or down shown on the 7-segment display modules.

You can determine which firmware version you have by watching the display when you plug in or turn on power to the preamp. As the preamp boots up it will first display 3 numbers. These numbers will be either 2.2.x or 2.1.x where “X” is a subversion. If the first 2 numbers are 22 then you have firmware version 2.2.

Owners with a 2.1 version are encouraged to upgrade their firmware to 2.2 which is arguably a better organized and easier more intuitive control scheme compared to the earlier 2.1 version.

Release of the version 2.2 firmware included the following major changes from the earlier version 2.1.

The V2 control scheme is designed around the Apple Remote. The Apple Remote is a simple 7 button infrared remote as shown below. The control functions of each button will vary depending on whether the preamp is turned on or off and depending on the current control mode of the preamp. 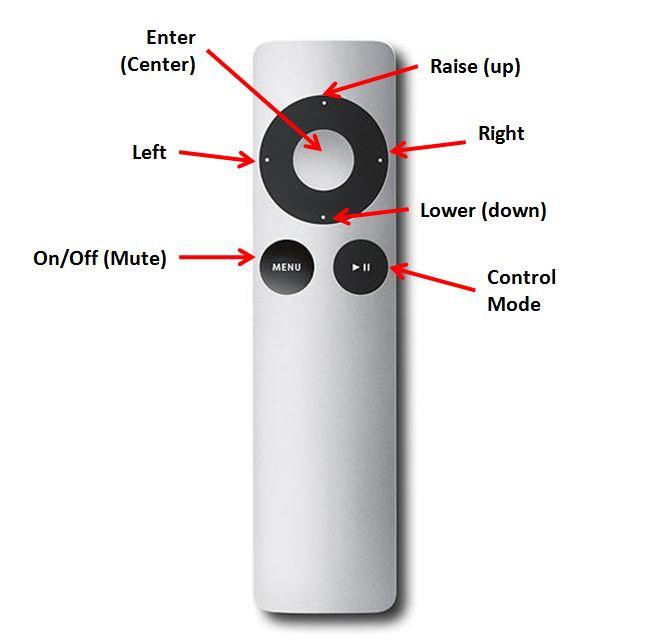 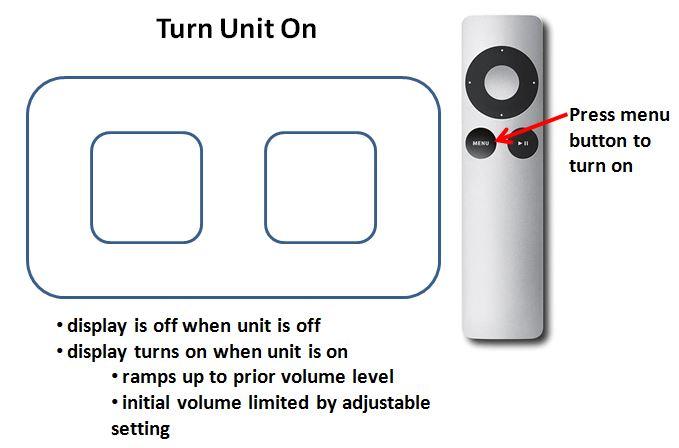 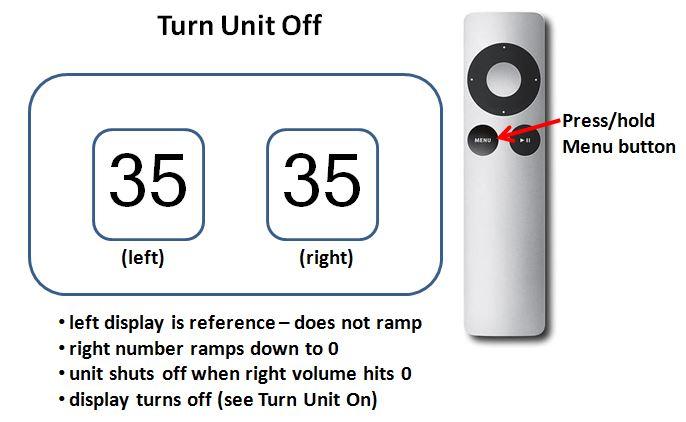 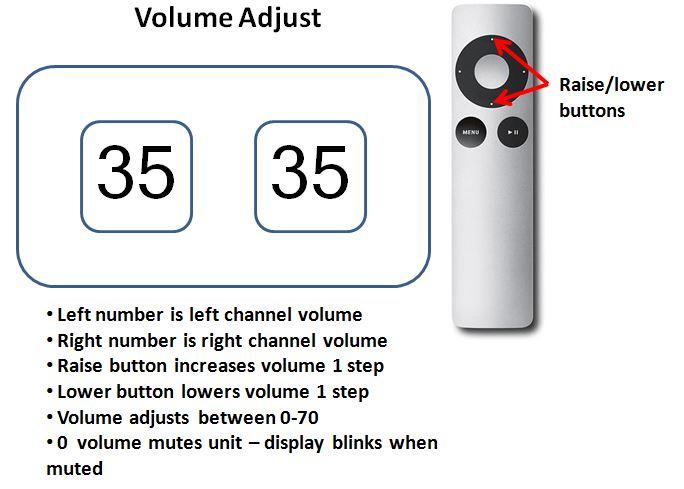 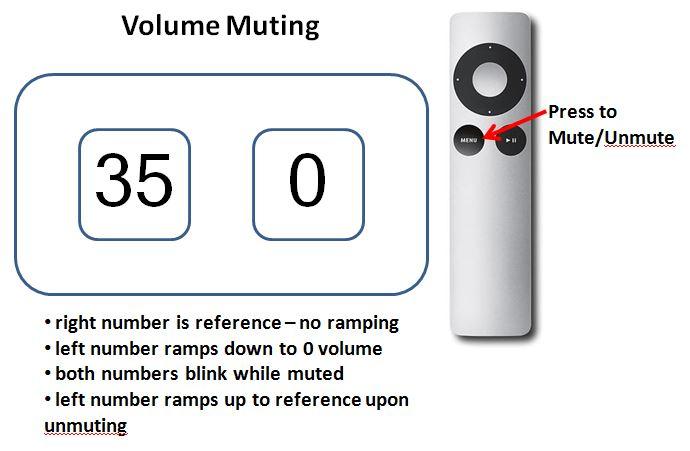 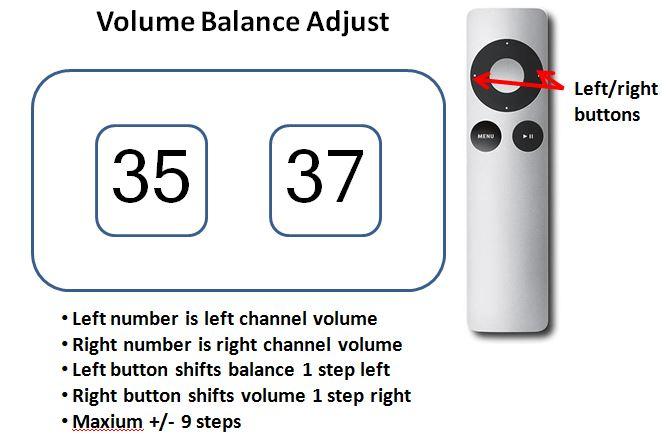 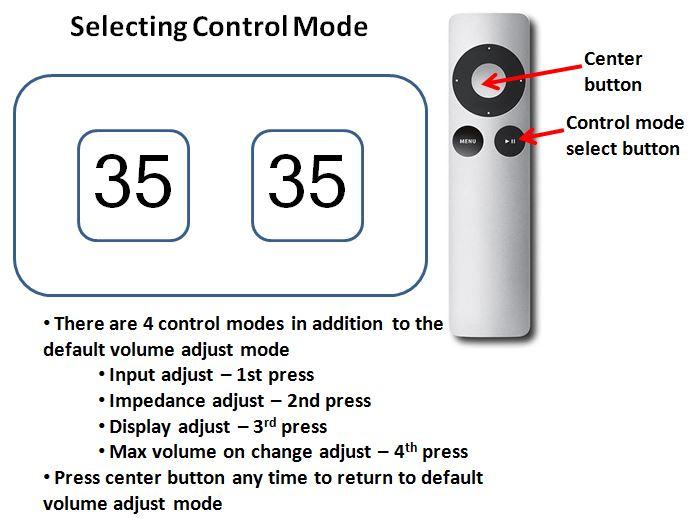 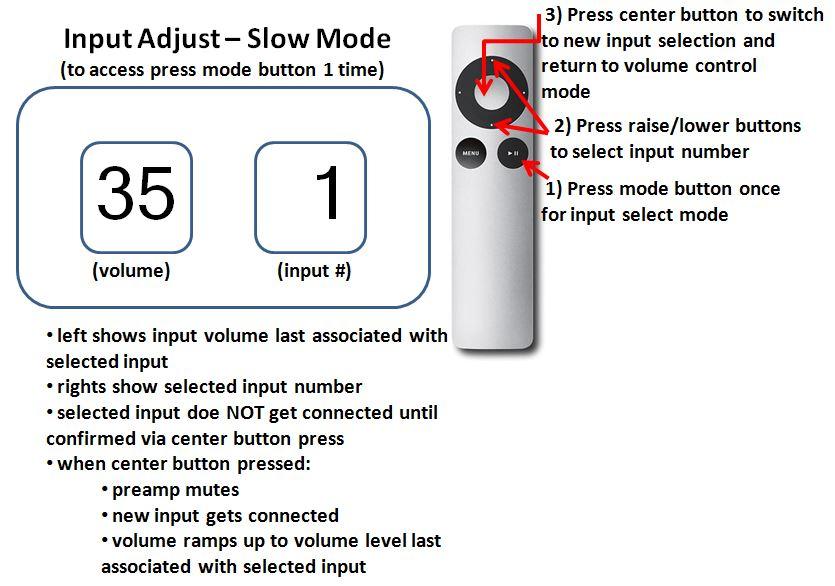 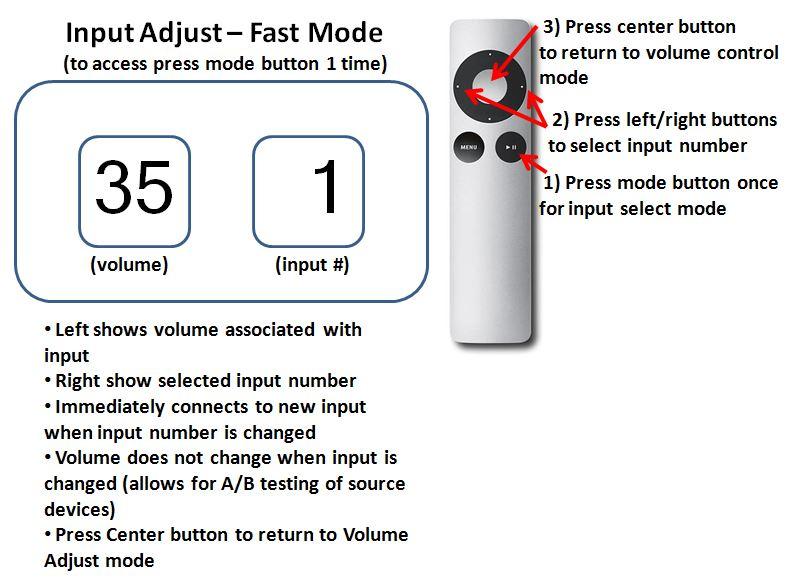 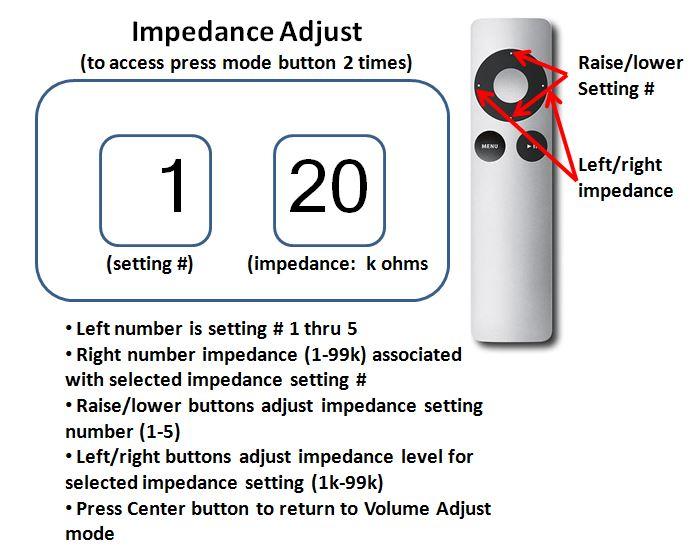 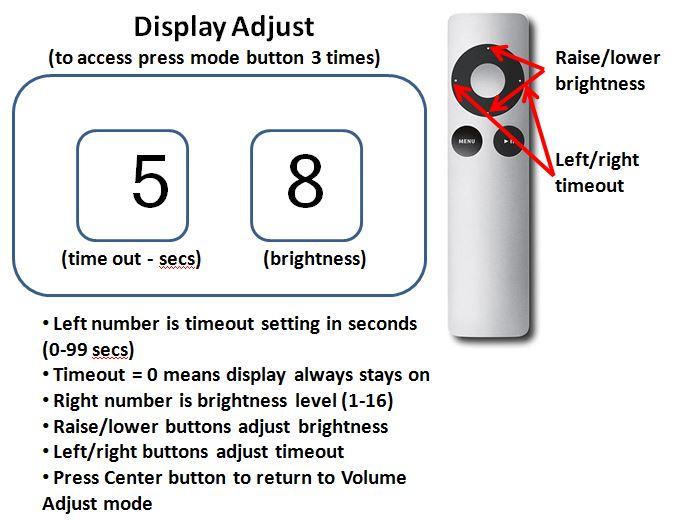 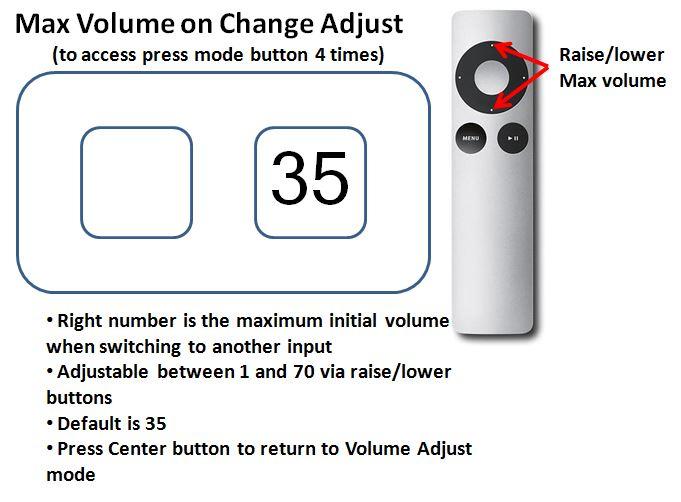 The control scheme described below is applicable to any V2 based LDR preamp with earlier version 2.1.x firmware. Owners are encouraged to update their firmware to latest version of 2.2 after which you should refer to Apple Remote 2.2. section above.

The Apple Remote does not repeatedly send commands if you hold down the Raise or Lower buttons to adjust volume. Therefore each Raise/Lower button press increments/decrements the volume by 1 step count only.